What to do if BlueStacks won’t launch games

The BlueStacks emulator is most often used to run mobile games from Android phones and tablets on a computer. This is what the developer does. But, unfortunately, the program does not always cope well with the task. Lags and departures are a common situation. But it is much more annoying when the game simply does not start in BlueStacks.

Most likely, the problem lies in the insufficient performance of the virtual device or in too high load on the computer / laptop. Everything is solved extremely simply – by changing the BlueStacks settings. In the emulator options menu, it will look like this: 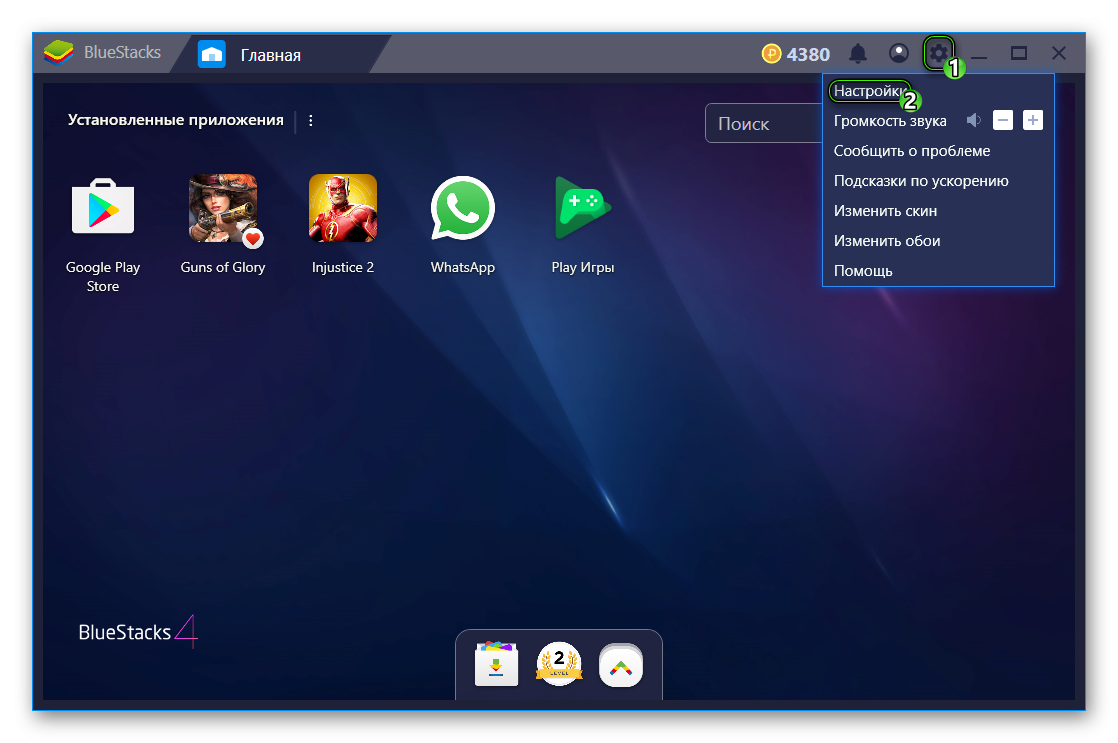 The Display tab will open from the beginning. Here we recommend not setting the highest resolution, the best option is 1280×720 along with 240 DPI. 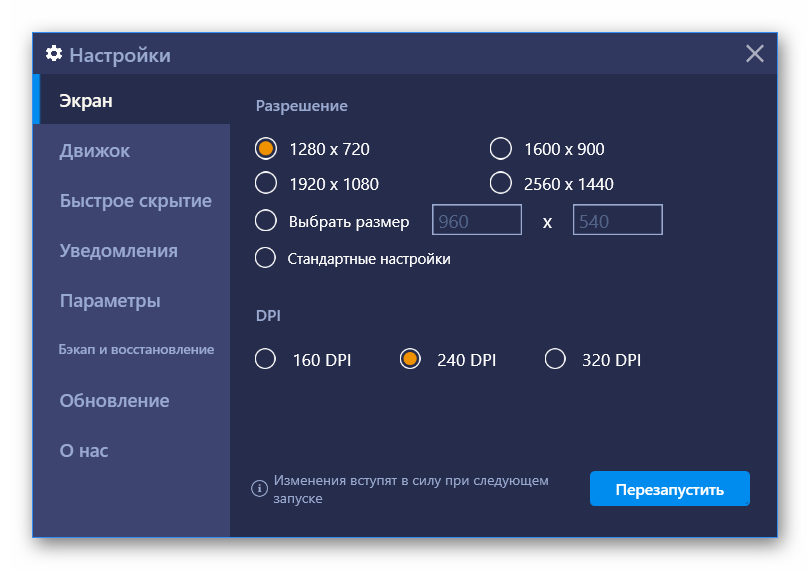 Then go to “Engine”. Here, set the maximum number of cores and the amount of memory from 2048 MB. To apply the settings, click Relaunch. 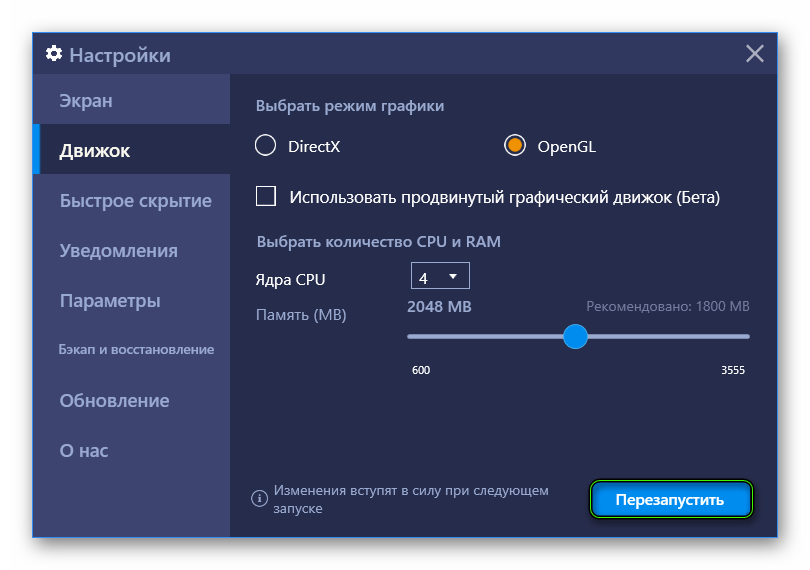 If the game still crashes on BlueStacks, try selecting a new graphics mode in the “Engine” tab. Some applications are simply not compatible with DirectX and will need to be opened using the OpenGL library, which is widely used on Android devices. But in certain cases, everything works in the opposite direction.

This problem may also be related to the fact that the application itself was installed incorrectly. In this case, it makes sense to delete it and download it again. The reinstallation procedure is described in detail here.
Rate article